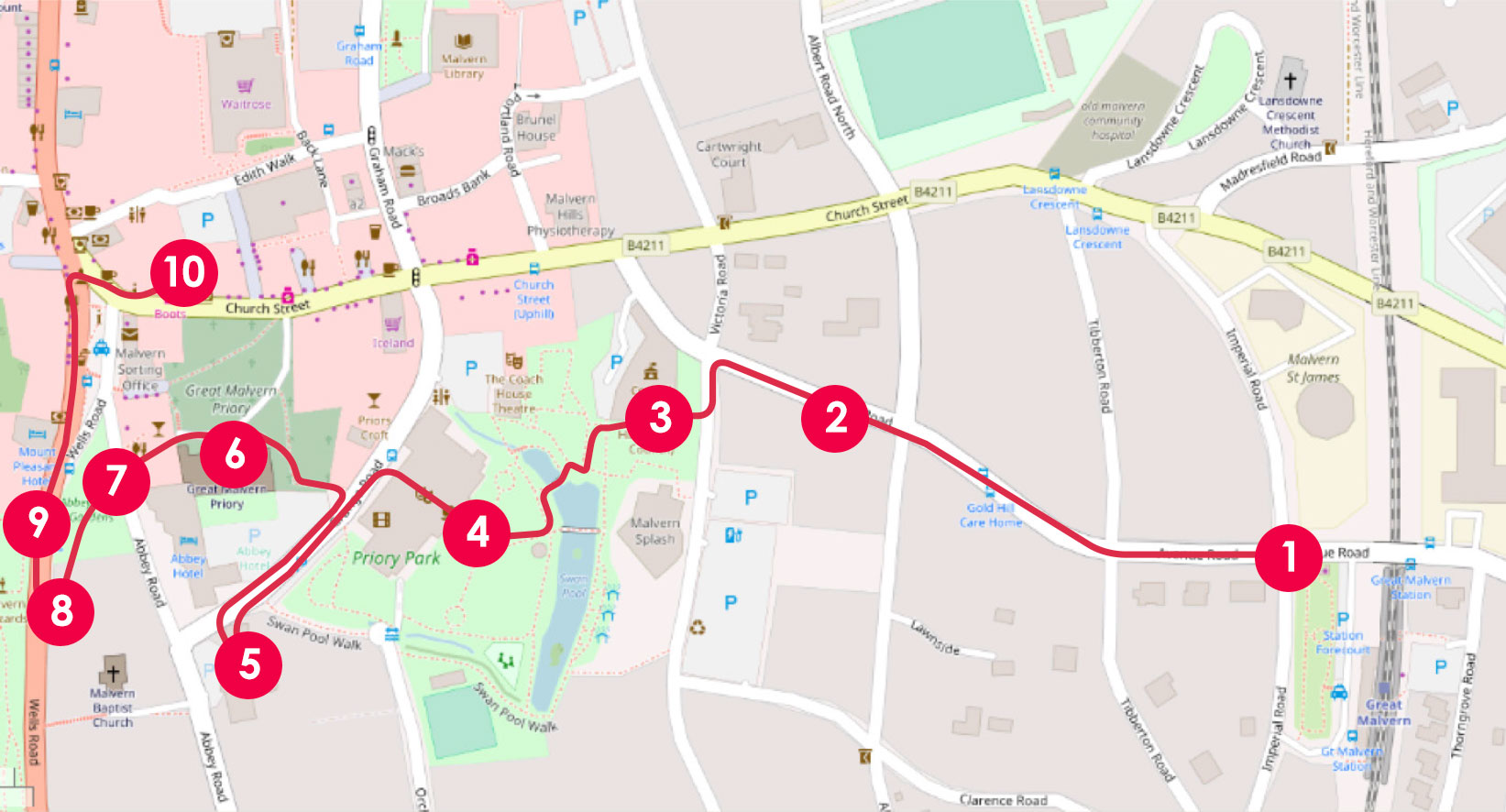 Both the railway station and St James are examples of the work of Victorian architect, E. W. Elmslie.

Elmslie’s masterpiece was the Imperial Hotel (now Malvern St James School). At the time it was the UK’s only hotel lit by incandescent gas. Passengers had the convenience of using an illuminated tunnel linking the platform directly with the hotel’s reception (known locally as The Worm).

Look out for the local Malvern stone found in the walls! 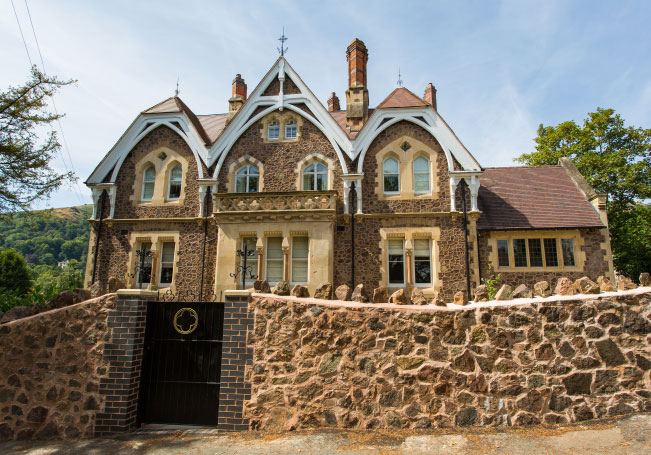 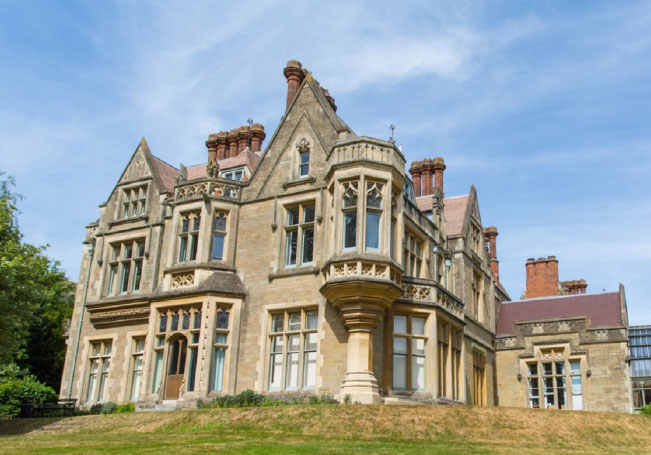 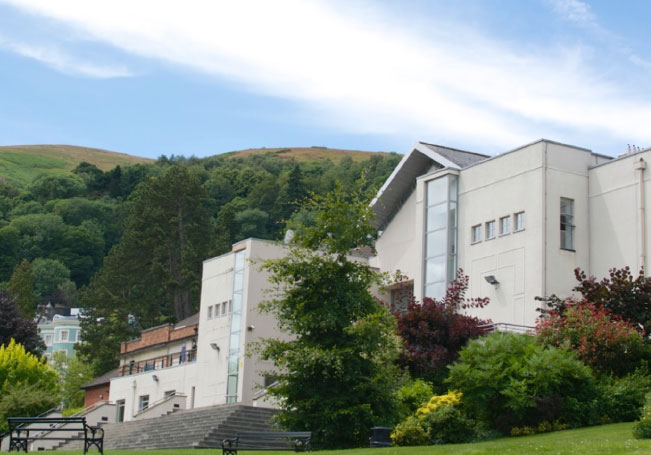 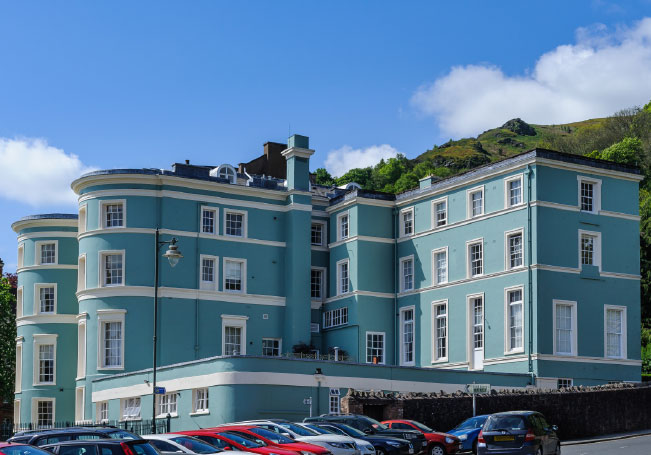 Built around 1848, Park View was originally built as a Hydropathic Water Cure Establishment. When the 'Water Cure' fell out of fashion the Park View became the County Hotel. It was also later used to accommodate Royal Radar Establishment apprentices. 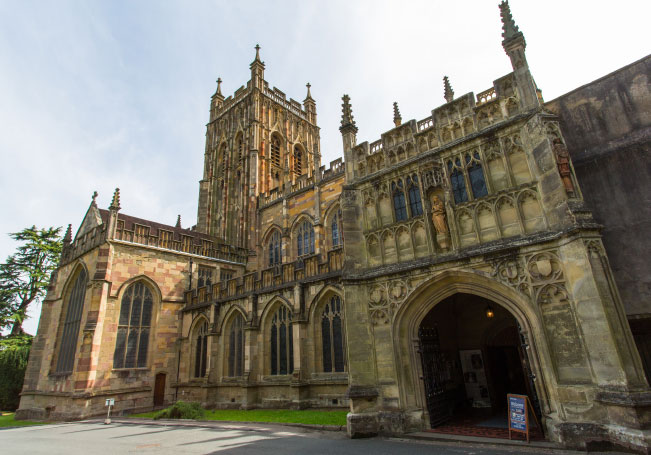 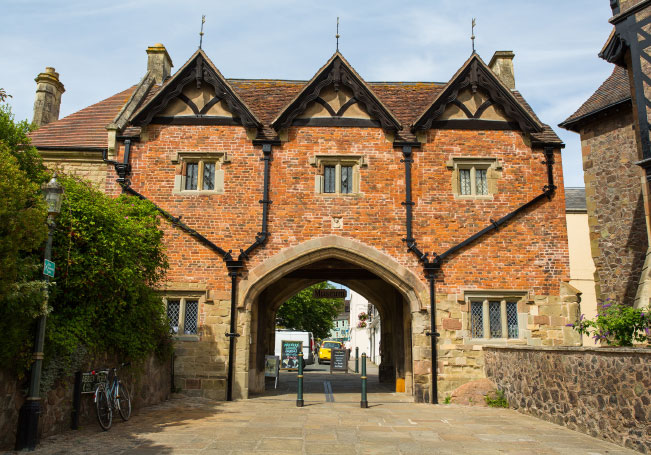 Malvern Museum is housed within the Priory Gatehouse. Built in 1480 the Gatehouse has been extended many times, but the original porters ‘squint’ (a slit for viewing visitors before opening the door) and the large oak gateposts survive. 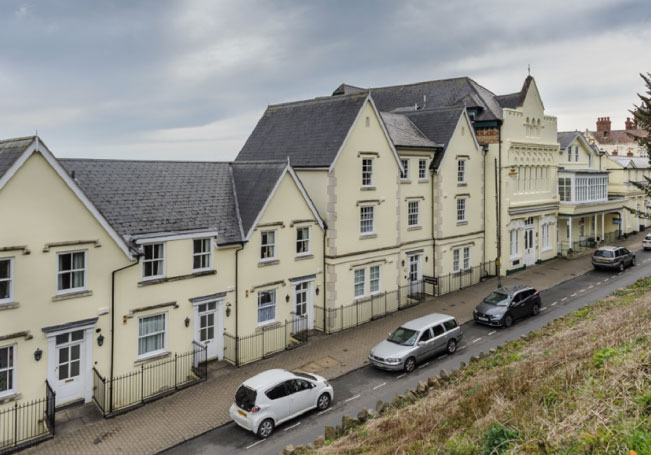 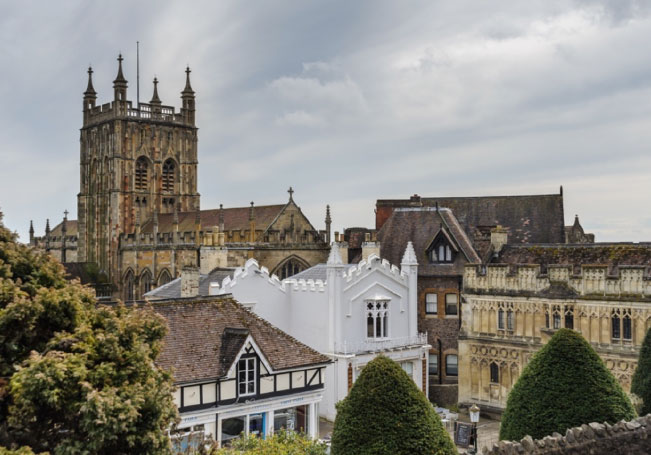 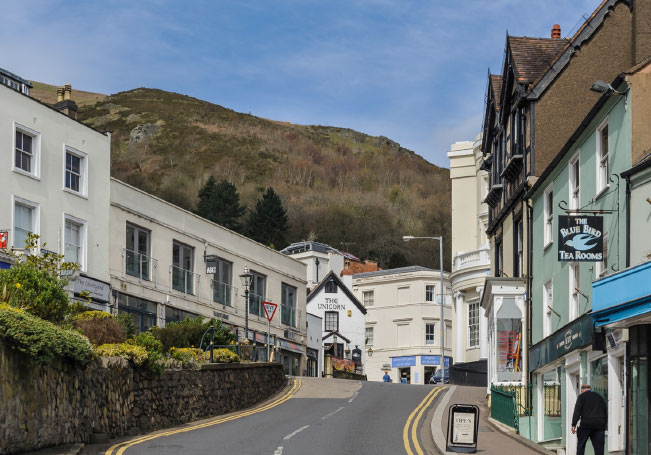